These are the places where Kamila Kubelikova finds inspirations. She then translates those inspirations by amalgamating silver elements, cast or hammered in the Old World, using techniques that are slowly disappearing and now practiced by a mere handful of master artisans with whom she trained and continues an intensive collaboration, with exquisite examples of turquoise and other semi-precious stones found in their highest quality in mines in the New World, thus creating unique and beautiful collections of jewelry.

Kamila Kubelikova was born in 1972, in what was then Czechoslovakia, in the midst of the worst “normalization” of the totalitarian Communist regime. She was incredibly fortunate to be able to be educated to become a critical thinker refuting dogmatic ideologies by her parents, both skilled craftsmen in their own right, her father a leading restorer of stucco and plaster, and her mother a watchmaker.

She started her artistic career as an apprentice of the gilding trade, working on, among others, sculptures in the very famous Church of Our Lady Before Tyn, now popularly known simply as Tyn Church, in Prague.

The fall of the Iron Curtain created possibilities previously denied, which she fully embraced, combining studies in architecture at the Czech Technical University with extensive trips beyond her former boundaries. Three months in India and half a year in Australia opened up new worlds.

After graduating, she specialized in interior restorations of historic architecture and architectural photography, in the Czech Republic, Italy and Switzerland, often in collaboration with her husband, Martin, an architectural historian.

She also continued her travels, particularly to the American Southwest which captured her artistic flair and now forms the inspiration for much of her jewelry design. For more than 20 years, Kamila has been annually spending months in the desert, inspired by the air, the wind, the sand, the sun, and the rugged nature of this unique part of the New World and assimilating its history and its culture influenced by so many deep rooted traditions, customs and rituals.

The 925 silver components of Kamila’s designs are cast and hammered using Old World hand craft techniques she has learned in close cooperation with masters of silversmithing in traditional workshops in Europe.

For traditional silver casting, she works with Masters in the Czech Republic, who trained at Turnov, one of the oldest schools teaching jewelry techniques in Central Europe – and still the most prestigious. These Masters helped Kamila fully understand the intricate particulars and possibilities of filigree casting and with them she discusses the feasibility of her ideas, then creating the forms for casting. 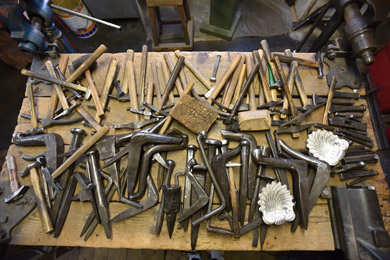 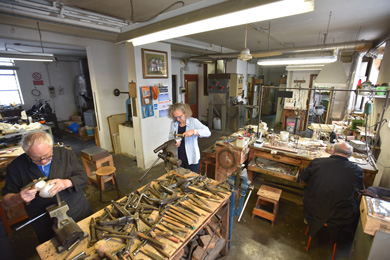 In the city of Vicenza, probably the best-known gold and silver marketplace south of the Alps, Kamila is fortunate to be able to collaborate with this City’s last remaining traditional workshop. For generations, this workshop has produced hammered silver articles – prized for their craftsmanship – for clients all over the world. Pieces are still made using manual techniques and original tools handed down from generation to generation, some of which date back to the 17th century. These artisans suggested that progress in their collaboration would be best served if she came and worked in the workshop alongside them, something she considers both an honour and an obligation. She spends as much time as she can, often many weeks on end, in Vicenza – time she enjoys not only for perfecting herself in these techniques, but because the hands on crafting allows her creativity to be pushed to its limit. 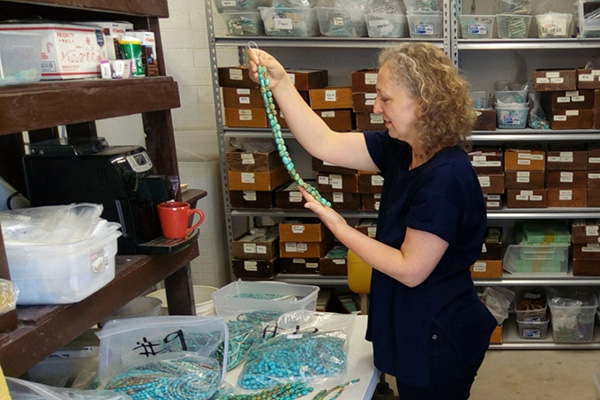 Kamila is currently working on three collections, based on inspirations from the Pacific coast (Sea Creatures), free-floating geometric forms (Silver Stones), and the American Southwest (Southwest).